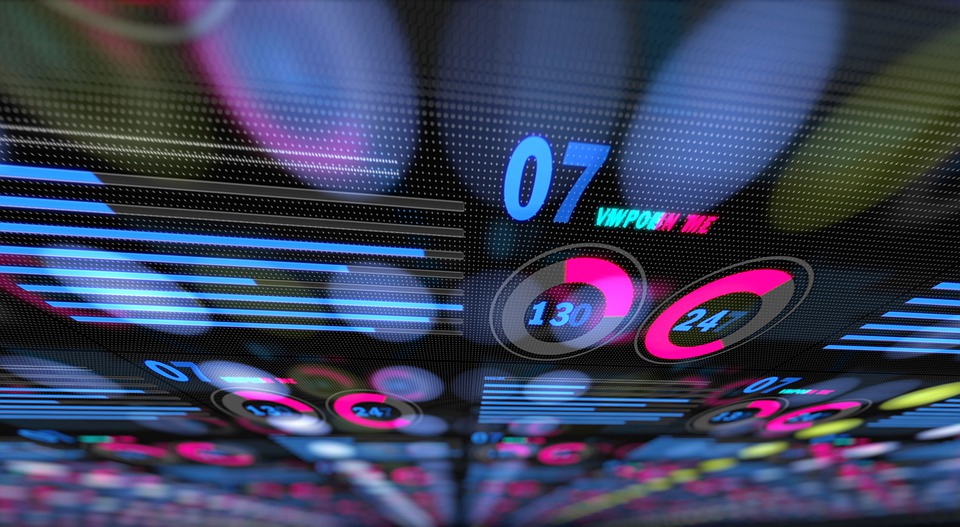 With growing demand for Security and Surveillance and Monitoring across critical applications, the Control Room Technologies are rapidly developing giving users insight on the minute details of all Visual Information they can have at their disposal to make effective decisions.

More Critical Applications require most dependable technology with high durability and redundancy in their systems to ensure zero down time. From the inception of idea to have a digitalized Control Room and monitor Live data, Rear Projection Cube Technology has been the most reliable solution for mission critical applications. The Rear Projection Cubes initially in late 90s were available with CRT Tubes and later were developed into a Rear Lamp Based Projection in early 2000 with around 1 MM of Bezel Gap to help user to have a near seamless experience of viewing their Data. These Cubes were available with many different Resolutions likes XGA, SXGA+, UXGA, FHD, WUXGA. However these Cubes were very bulky and had recurring cost for regular change of Lamps due to low life span of 10000 hours which could not be sustained for a 24×7 application. Towards the end of life of lamps the picture quality detoriated and brightness dropped making monitoring difficult for user. Towards the end of decade in 2010 the technology was upgraded into LED lightsource Engine for Rear Projection Cubes which helped in increasing the life span upto 1,00,000 hours from 10,000 hours with High Brightness Uniformity and colors even towards the end of life. It removed the recurring cost of changing the lamps completely and gave more redundancy options with 6 Segment LED for RGB. Within a Span of another 5 to 6 years these cubes were upgraded to Laser Light Source Technology which enhanced the Contrast, Brightness and Colors of the content with same durability of upto 100000 hours of Life Span with Resolution of upto 4K within single display and became automatic choice for upcoming and existing Control Rooms.

The existing Control Rooms were easy to upgrade from Lamp based Projection Engine to LED OR Laser Based Projection simply by change of Cube Engine in the Rear and rest of the Cube Structure like Front Screen and Control Box or I/O Box remains the same.

These Cubes are the most preferred choice for applications like Smart City Projects, Traffic and City Surveillance projects, SCADA Monitoring in Power Plants and Production lines, Metro Rail, High Speed Rails, Telecom Network Operating Centers, Broadcast News Studio, Defense Control Room, Air Traffic Control Rooms and many more. With 0.2 MM Bezel Gap and high Life span and power & Source redundancy it is considered the most reliable and ideal solution for 24×7 applications and its demand continues to grow in developing economies due to their continues growing infrastructure.

CRT Monitors were transformed into Liquid Crystal Displays with CCFL light source in Industrial Grade segment and we introduced as a Control Room solution with a Screen to Screen Bezel Gap of 7.3 MM and brightness of 350 to 500 Nits. Within no time the Technology changed to LED backlight and bezel gap started to become smaller to 5.9 MM, 3.5 MM, 1.8 MM and the latest being 0.8MM with brightness in the range of 500 and 700 nits across different brands. This product started to replace Rear Projection Technology in little less critical applications as it is 5 times less in terms of pricing and size making is easier to Wall Mount or Floor Mount. It became ideal solution for Retails Stores, Shopping Malls, Airports, Meeting Rooms, Video conferencing Rooms, NOK Rooms and Broadcast Studios where minimum bezel gap was acceptable and it still gave a Mean time before Failure of 60000 Hours at 24×7 usage. Many Manufacturers have also started to provide an in built Media player to make it more flexible to view and schedule content.

Direct LED Technology or better known as Active LED displays are the most in demand in recent times due to its flexibility, High Brightness & Contrast as well as Seamless gap between multiple Cabinets and Modules. These displays are made for Outdoor as well as Indoor applications. For outdoor applications these displays are completely weather proof with IP6X standards and High Brightness of upto 5000 nits if completely exposed to natural light. Outdoor Pixel pitch starts from P3.91 MM to 16 MM Pixel Pitch.
The pitch is decided based on viewing distance from which the content on the wall will be viewed. Also if a high resolution content is to be played on Videowall than lower pixel pitch with bigger size will give higher resolutions to be compatible with the resolution of the content played. Outdoor Applications Ranging from Large Stadium Screens, Advertisement Bill Boards, Traffic Information Systems, etc prefer Active LED Screens as their Display Option. For Indoor LED there are 2 categories of displays bifurcated into fine pixel pitch range starting from 0.9 MM to 1.9 MM for viewing distance less than 1 to 2 meters mostly in applications like Control Rooms, Board Rooms, Meeting Rooms, Experience Centers, Boradcast News Studios, Museums, etc, all these applications require fine pitch due to lower screen size and less viewing distance. Fine pixel pitch led’s provide higher resolution and can easily replace LCD Videowall panels which has visible bezel gaps. The pixel pitch from 2.5 MM to 6 MM are available for applications with higher Viewing distance and screen size like Auditoriums, Events Back drops, Background Screen of studios, Retail Malls/ stores etc.